The Guimard Circle posts files (PDF  ; in french) on a specific architectural creation or on the use of a specific kind of material. 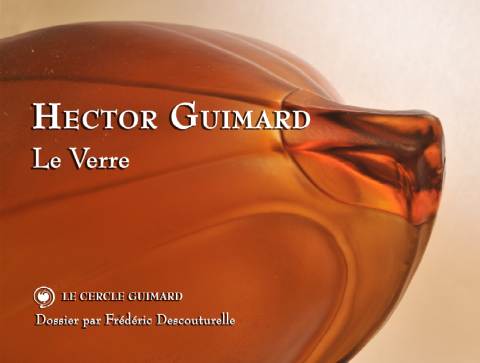 Our aim is the prepare, in due course, as complete a catalogue as possible of Hector Guimard’s cast-iron creations, and above all to examine the conditions of their creation, dissemination and use. This study will, itself, be included in a broader discussion about the use by Guimard of different architectural materials.

At the outset, we shall present models produced by three foundries: Durenne, Le Val d’Osne and Bigot-Renaux.

Rather than classify the cast iron creations chronologically – which could prove quite difficult – we have chosen to present them by foundry, then by building site. This approach has the advantage of keeping together important groups of such creations.

Thus, all the cast iron creations designed for the Castel Béranger (1895 – 1898) were produced by Durenne, with the exception of the roof gutters and drainpipes.

The production of all the cast-iron creations used in the Paris Métropolitain (Underground/Subway -1900 – 1903) was entrusted by Guimard and the Métropolitain company to Le Val d’Osne, once again with the exception of gutters and drainpipes. These were requested from the third foundry, Bigot-Renaux, whose specialty they were. And Guimard was to order from that enterprise other gutter models.With the exception perhaps of certain models shown in the Bigot-Renaux catalogue, all the forms of this first cast-iron “repertory” were exclusive, i.e. for the sole use in Guimard’s constructions. We are adding to this first catalogue several of Guimard’s cast-iron objects whose foundry remains unknown to this day.

This will be quite different, being devoted only to products of the Leclerc foundry at Saint-Dizier, which, with the exception of the objects solely intended for the Humbert de Romans Concert Hall (1898 – 1902), was to attempt with Guimard to make known via catalogues a whole series of architectural, garden and burial cast-iron products.