Our previous article showed that the ceramic decorations at Castel Béranger are only partially attributable to the Bigot company, which specialized in glazed stoneware. By looking at a contemporary creation, that of the stand presented by Guimard at the Exposition de la Céramique in 1897, we continue to clarify the roles of the ceramic companies that Guimard called upon, the role of the modellers who assisted him, and the nature of the products of their work (stoneware or terracotta). Some ceramic decorations made in the filiation of those of Castel Béranger, but for other constructions, will also be mentioned.

The panel with the cat arching its back which we presented previously can be found (probably before its final installation on the Castel Béranger) included in Guimard’s stand at the Exposition de la Céramique et de tous les Arts du feu[1] in 1897. 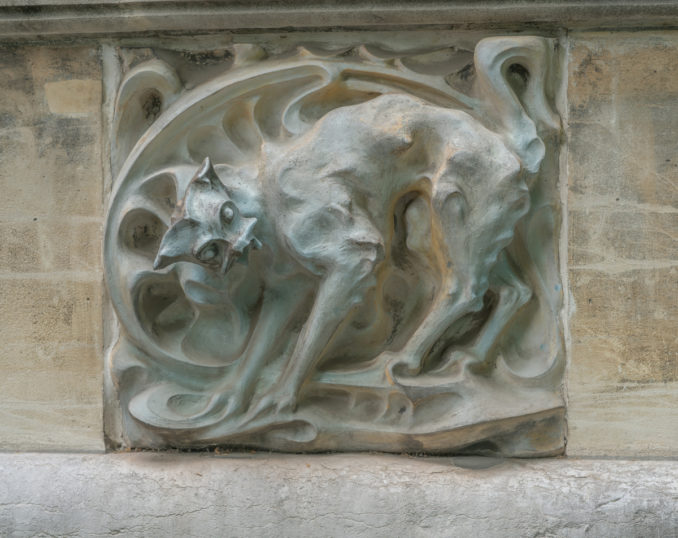 Panel with the cat arching its back, c. 1897, glazed ceramic by Gilardoni & Brault, placed under the oriel on the left corner of the second floor of the building on street. Photo Nicholas Christodoulidis.

This exhibition mixed all the products of ceramics (and glassware) whether they are building materials, technical materials or artistic expressions. For the latter, in addition to the indispensable retrospective section, we find the names of those who will soon express themselves in a remarkable way in the modern style: Bigot[2], Lachenal, Delaherche, Massier, Dalpayrat, but also larger and more industrial companies with necessarily eclectic productions such as Loebnitz, Keller & Guérin, Muller, Gilardoni & Brault[3]. Of course, the Manufacture de Sèvres is widely represented[4].

The only picture we have of the Guimard stand is on one of the postcards of the series Le Style Guimard[5] . 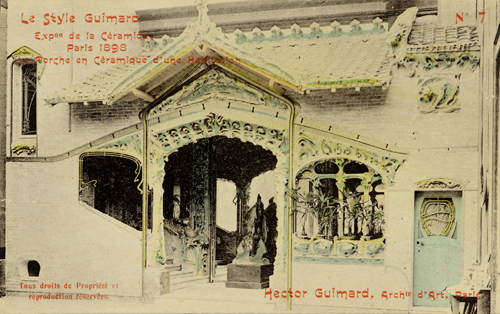 Guimard’s stand at the Exposition de la Céramique et tous les Arts du feu in 1897: “Ceramic Porch of a Dwelling”. Old postcard n° 3 of the series Le Style Guimard, wrongly dated 1898. The cat arching its back is on the top right. Private collection.

Since the Parisian public could only then incidentally know of the existence of the Castel Béranger under completion, this stand was the first public manifestation of Guimard’s modern style and certainly caused a visual shock by its radically innovative aspect. More than just a stand, this presentation is a true architectural achievement presenting a building porch[6] leaning against a blind wall decorated with mirrors. Its walls are made of brick and Guimard, by adding an awning to the tiled roof, has deployed an important combination of ridge, cornice and tympanum which surmounts the rich framing of the openings with clerestory, including a mullioned window and window box in the lower part. The decoration continues inside with a console and pilaster at the start of the staircase, panelling that accompanies the ascent of the steps and probably a ceiling.

What Future for the Hotel Mezzara?

On the website of La Tribune de l’Art, a specialised news magazine, in an article dated 24 April, Bénédicte Bonnet Saint-Georges gives a complete history of the Guimard Museum project carried by Le Cercle Guimard and Fabien Choné. At the end of this account, the journalist questions the Ministry of Culture on the museum potential of the Hotel Mezzara, recalling precisely the proposal of the Cercle Guimard. She also questions the Ministry of Finance about the call for tenders — still to come — and its selection criteria. 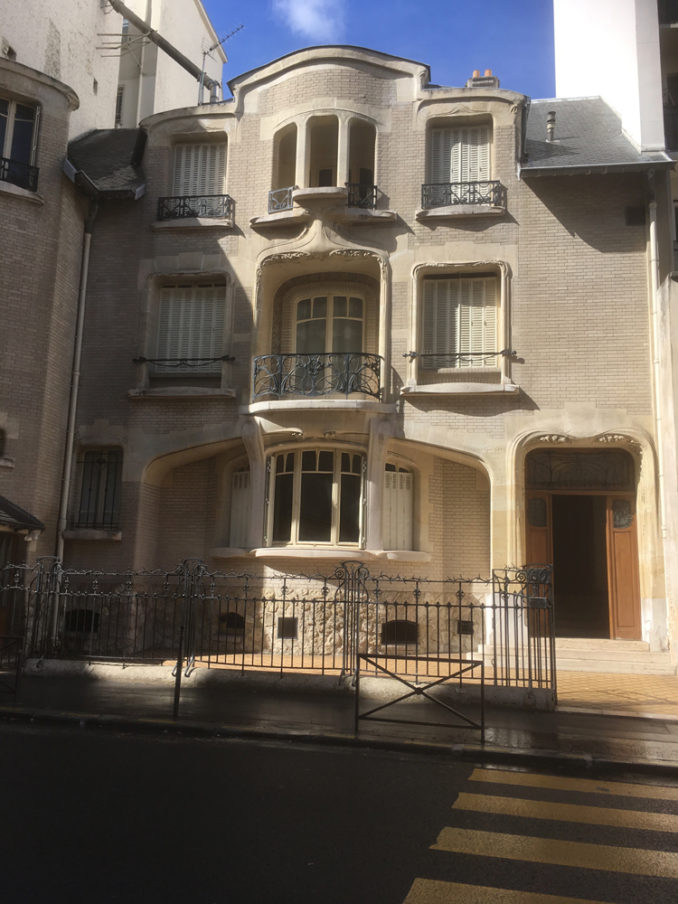 For the Cercle Guimard and its project, the support of La Tribune de l’Art is a strong sign. This survey can only encourage and comfort the community of enthusiasts who see the Hotel Mezzara as the future standard bearer of French Art Nouveau. 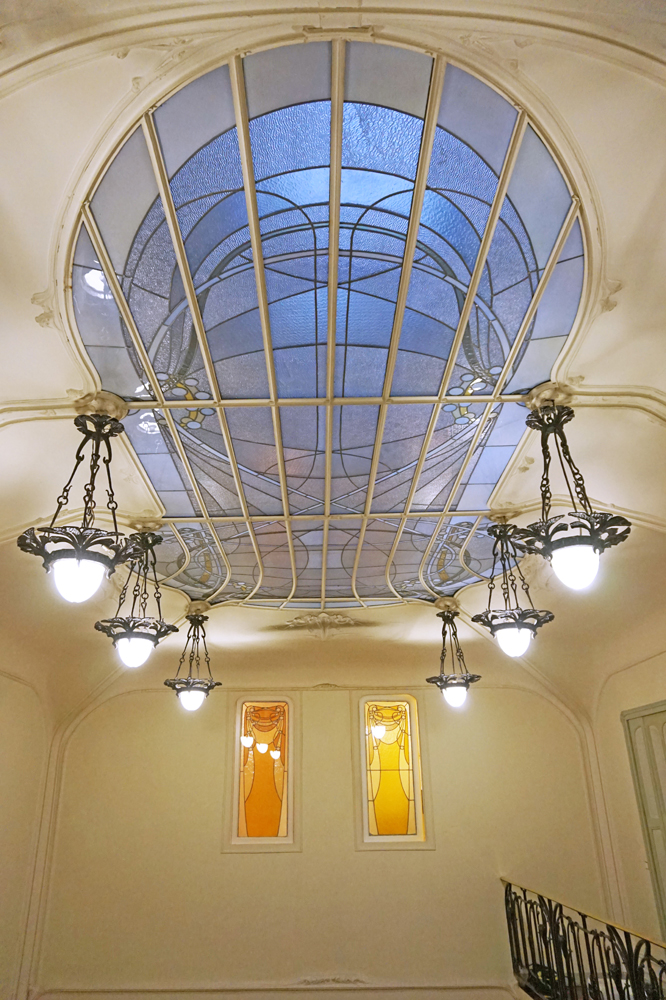 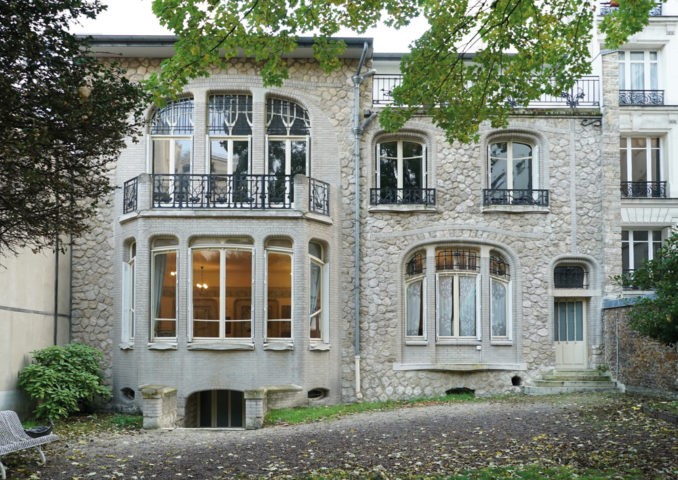