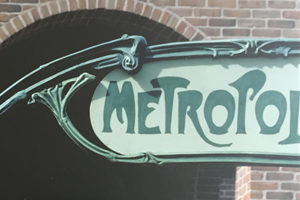 The Epidemic of Fake Bronze Subway Surrounds in the United States – Part Three: Past and Future

A good understanding of this article requires prior reading of the two previous articles. The first one deals with the fake subway surround sold by Bonhams in New York and the second with the other fake bronze surrounds known in the United States.

Let us recall that Guimard worked for the CMP[1] from 1900 to 1902. Starting in 1903, the company used his models to equip accesses of different widths with orthogonal bottomed uncovered surrounds as well as secondary accesses, the last of which were installed in 1922. In all, 167 Guimard structures were created[2]. In 1908 the first removal of an access was recorded. Episodic in the twenties, the dismantling of Guimard accesses then multiplied and their number recorded a first peak in the thirties. After the end of the Second World War and the taking over of the CMP by RATP in 1945, removals slowly resumed in the 1950s and soared in the 1960s. A first protection order at the ISMH (historic monuments directory) in 1965 only concerned a small number of accesses and it was not until 1978 that full protection was finally granted to them. By that time, 79 Guimard accesses had been dismantled. Many of the remaining uncovered areas had their fragile portals replaced by a Dervaux candelabra. In the absence of parts in stock from the Guimard structures that had been dismantled decades ago, the maintenance of the remaining accesses necessitated, as early as 1976, the ordering of new parts made by overmoulding at the GHM foundry. This process induces a slight shrinkage of the copies due to the shrinkage of the metal during the cooling that follows casting. From 1983 onwards, a new generation of cast iron is produced with exact dimensions by creating new models in cast aluminum. It was finally in 2000 that RATP carried out a complete restoration campaign of the Guimard accesses, restoring them to the appearance they have today. 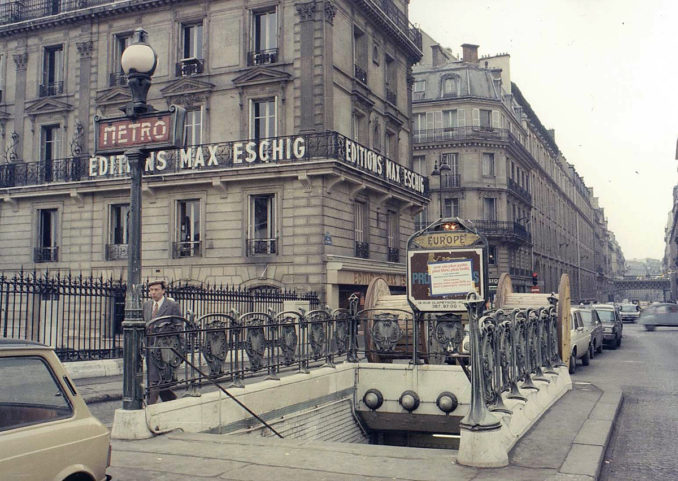 State of the surrounds of the Europe station before the restorations of the year 2000. The portal was knocked down and replaced by a Dervaux candelabrum on the left. Photo RATP. 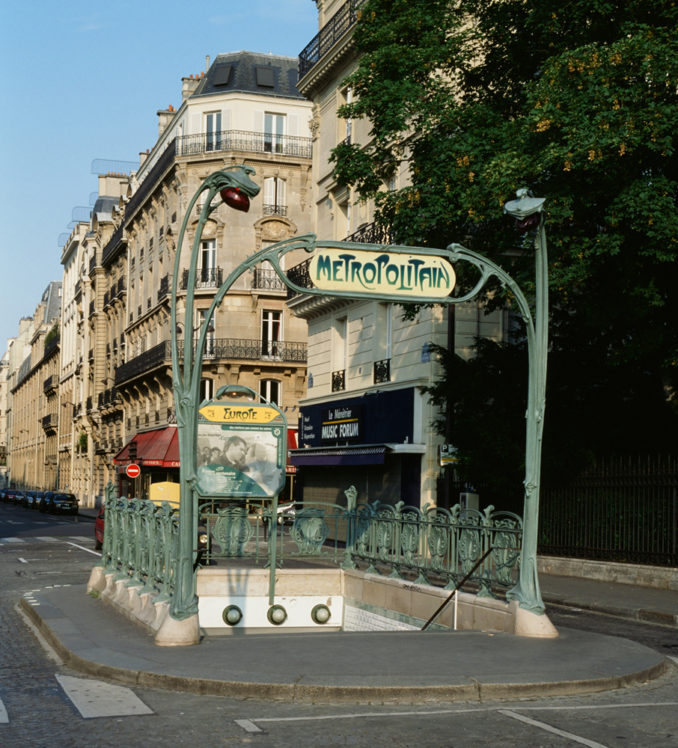 State of the surrounds of the Europe station after the restorations of the year 2000. The portal was restored using a copy provided by the GHM foundry and a new enameled lava sign provided by the Pyrolave company. Photo by the author.

All the copies of bronze surrounds discussed in our two previous articles (we exclude the one from the National Gallery of Art in Washington, D.C.) show strong similarities between them. These surrounds never include the original base stone. They are always found with an orthogonal base and never with a rounded base[3]. While the number of modules in length is variable and sometimes incomplete, the number of modules in width is always three — the most common configuration on the Parisian network— which corresponds to a hopper of about three meters and makes it possible to determine the width of a sign holder. The upper part of the sign holder of these surrounds has a slightly rounded shape, which we will come back to later but which determines an increase in the height of the sign. These surrounds never contain the original sign (whether it is made of enameled lava or red sheet metal with stencil letters), which would be expected when dismantling an old surround. In two cases, the sign is made of painted sheet metal with a discordant lettering (red sheet metal with white lettering such as the big M for Toledo; yellow sheet metal with green lettering such as the big M for the Phillips sale in New York). The Houston surround is made of two copper alloy plates, painted and riveted on an iron rim with a correct but approximate large M surround lettering. In the case of the Bonhams sale the sign is simply missing.

The detailed photos provided by the Bonhams auction house showed us the initial appearance of the painting of these false surrounds. 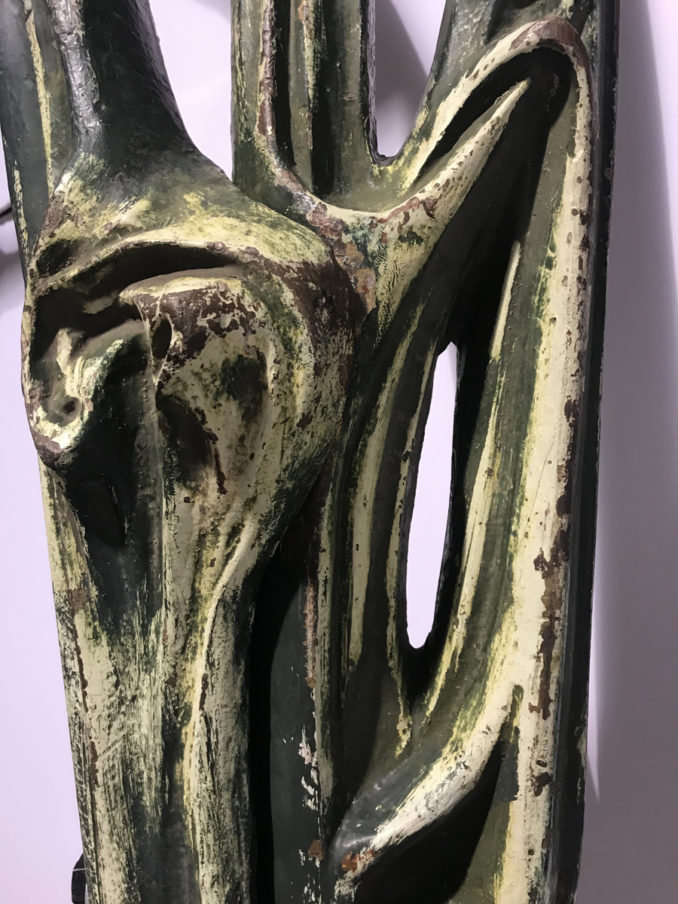 Detail of the right pillar and arch surround the Bonham sale in New York in 2019. Photo Bonhams.

But a more precise study is provided by the state report of the Houston surround written by Steven L. Pine in 2002. It mentions a first coat of burnt Sienna earth-colored paint on the bronze, then the concomitant use of a dark chrome green paint and a white paint for the reliefs. This first paint application is probably the one that prevailed for most of the false bronze surrounds since we find it almost on the corner post of the Chayette & Cheval sale in 2019. The forgers did not push the abnegation to the point of multiplying the repaints, whereas the old elements of the Paris subway have undergone over the years multiple painting before their restoration in 2000 when they were stripped and repainted[4]. For the surrounds of Toledo and Houston, exposed outside, a new, more recent painting was carried out. The one in Houston is covered with green epoxy paint enhanced with white on the reliefs.