The first bronze copy is an incomplete uncovered surround comprising a portico and only nine modules. It was sold on May 24, 2007 by the Phillips Auction House in New York on Liveauctioneers. Estimated at $450,000 to $550,000, it was sold for $340,000[1], At that time we did not know that its modeled pieces were made of bronze. 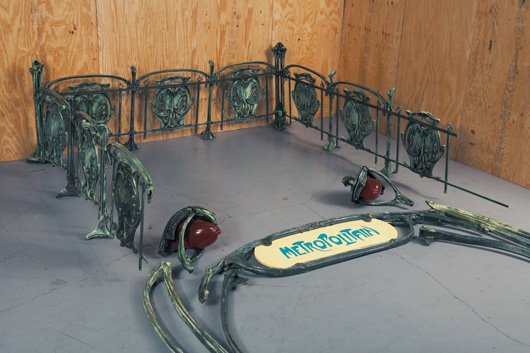